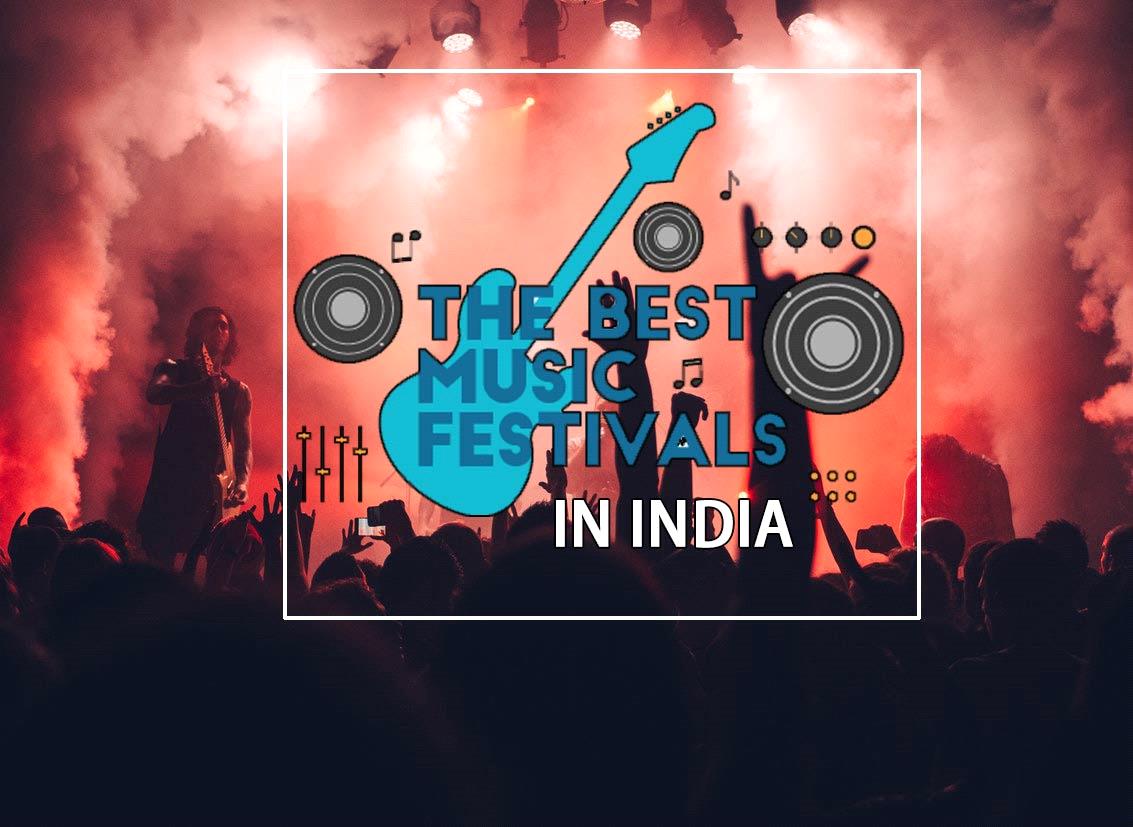 India is an ardent land as far as music concerned. The different cultures in India have stories of different music heritages to share, Carnatic music being one of them. Music has revolutionized so much in India that the people here have embraced not just music of Indian origin but of other countries too. This openness to music has largely caught the attention of the youth thus resulting in the arrangement of concerts and music festivals on a yearly basis. In this editorial, we familiarize you with the top music festivals conducted in India.

Held in Vagator, Goa (2007-2015) and Pune, Maharashtra (2016-present), Sunburn is a music festival that falls under the Electronic Dance Music (EDM) genre. The 3rd largest dance festival in the world and the largest music festival in Asia, Sunburn was conceived and steered by Shailendra Singh, Serial Entrepreneur. The Indian and international artists have performed for Sunburn events hosted in IIMs, IITs, NITs, few AIMSs, and several other colleges. Normally a three day event, there will be the simultaneous performance of artists in multiple stages of Sunburn festival. Sunburn festival is one paramount factor that gained wide popularity for EDM genre in India.

NH7 Weekender is an annual music event that is held in different cities across India with the audience exceeding an average of 100000 attending the festival. The festival is conceptualized and produced by Only Much Louder (OML) entertainment. The NH7 Weekender is usually held during October – December. The cities which have hosted the event so far include Noida, Bengaluru, Kolkata, and Shillong. The performers of the event include the international artists performing international acts to the local much talented artists in the music fraternity.

Ziro Festival of Music is an open festival held in the Ziro Valley, Arunachal Pradesh, hence the name. Started by Bobby Hano and Anup Kutty in 2012, Ziro Festival of Music is all about independent music (music made independently from any kind of commercial record labels) scene in India. The festival lasts for four days and is hosted by members of Apatani people (tribal people living in the Ziro valley) in Ziro. There are two stages made out of bamboo where performances are conducted- namely Danyi (Sun) and Piilo (Moon). The event also upholds zero plastic rules and prompts the attendees to leave no waste behind and hence is regarded to be the most eco-friendly music festival in India.

The largest music annual festival, EVC brings together under a single roof the different genres of music ranging from indie, pop, techno to electronic music. The event started in 2013 and is a three day event held in Aamby Valley City, Maharashtra. Many platforms to explore, EVC is not merely a music festival but also a professional sport adventure and food destination for its attendees. The carnival is held with more than five stages for different music genres and more than 50 top artists in the lineup for performances. The festival is headed by Twisted Entertainment and Universal Music Group. Also, the carnival offers tent lodging at the venue in ‘Enchanted Village’ for viewers.

The Magnetic Fields Festival held in Alsisar Mahal (a 17th century old palace turned hotel), Rajasthan. The festivals treat the audience with a variety of music that is of Indian and International genera- reggae, hip hop, jazz, electronica, pop-rock, etc. to name a few. The festival is generally a three day event with other fun activities for the observers. The place unfolds the rich and varied legacy of Rajasthan and the hospitality and friendliness of the dwellers.

Music is a part of India’s ethos. With music festivals, music events and concerts, the soul of music will live on! Also, youth resort more on such platforms for leisure and passion. The chance of such events in the future is hence inferred to be profuse.