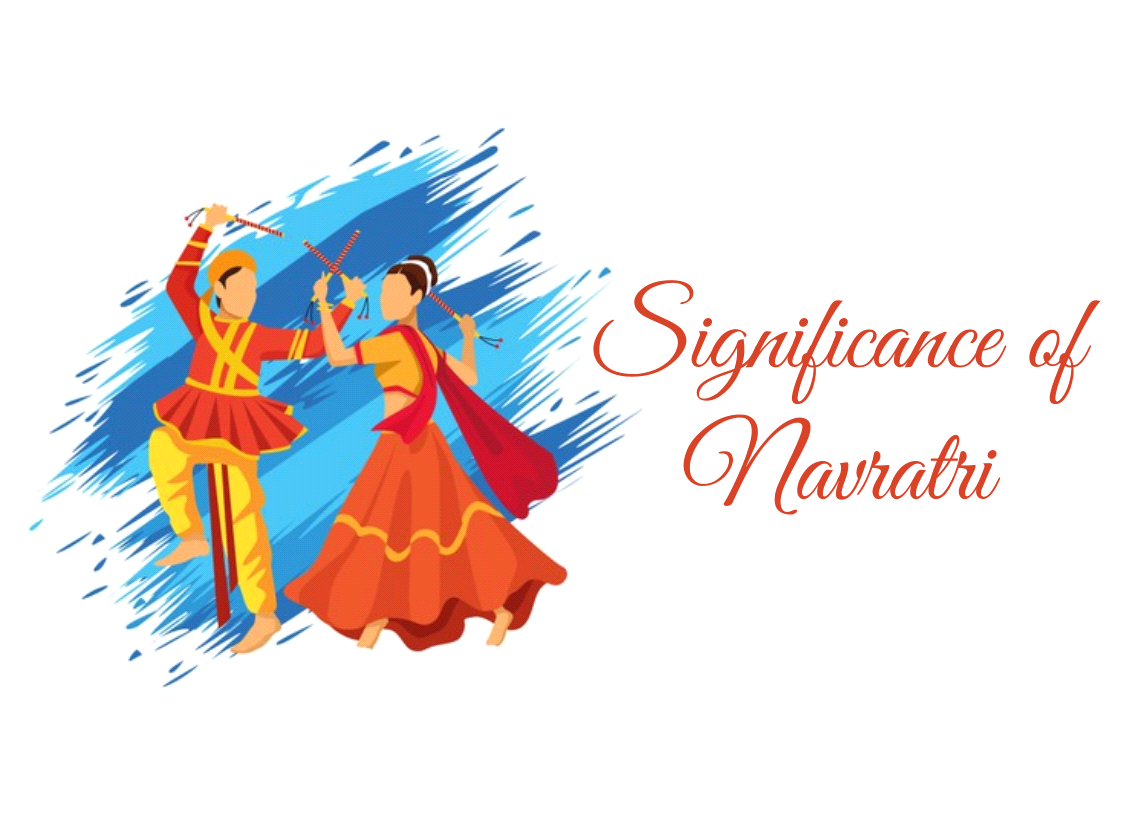 The Navratri celebration that happens as per the Hindu calendar is all about worshipping the appearance of Goddess Durga that lasts for 9 propitious days. Navratri is the celebration of Goddess Durga’s victory over the malevolent Mahishasura. Navaratri is regarded as the celebration of peace over ego and ‘dharma’ over ‘adharma’.  On each of these 9 days of Navratri, ‘pooja’ and fasting is done by the believers. Each day is dedicated for worshipping each of the nine forms of Goddess Durga namely- Shailaputri, Brahmacharini, Chandraghanta, Kushmanda, Skandamata, Katyayani, Kalratri, Mahagauri, and Siddhidatri.  People are in the festive mood for nine days and the days are made even more special by family gatherings, feisty food and doing the rituals and prayers at temples.

Navratri celebrations are here and it is important that you know the significance of Navratri. The nine days of Navratri celebrations are the days of celebrating the victory of light over darkness. Navratri 2021 dates begin on October 7, 2021 (Thursday) and end on October 15, 2021 (Friday). Every year Navratri is celebrated with more enthusiasm and get togethers. However, due to the corona outbreak, Navratri 2021 has to be celebrated in a low profile for the sake of the public’s well-being.

So, why do we celebrate Navratri every year? What is the significance of Navratri? Here are the fine points of the nine days of Navratri worship:

Day 2: Brahmacharini is the Goddess worshipped on the second day of Navratri. The goddess is worshipped to attain grace, prosperity and ‘Mukti’. Devotees wear the royal blue color dress on this day. The goddess has a ‘Kumbha’ in one hand and ‘Rudraksha’ on the other hand. ‘Rudraksha’ is one of the most admired religious elements for the Hindus.

Day 3: Chandraghanta is the goddess of beauty and bravery. The enthusiasts wear the yellow coloured dress on day 3. The Goddess has three eyes and ten hands. Of the ten arms, eight arms hold weapons and the remaining two are in the gesture of blessing the disciples.

Day 4: Kushmanda is the goddess worshiped on this day and is the one who blesses with green and vegetation, symbolically representing life.  For obvious reasons, the colour worn on this day of celebration is green. The goddess is mounted on a lion with an astral-like aura around her.

Day 5: Skandamata is the mother of Kartikeya (also known as Skanda) and while the goddess was carrying Kartikeya in her wombs, she was chosen as the commander by the gods in their war against evil. Skandamata could transform any harm or evil coming near her into thunderstorms the colour of which looks like cloud grey. For this reason, the disciples wear dresses of grey shade on this day. The goddess used a lion as her vehicle and always held Skanda in her lap.

Day 6:  Katyayani, the avatar of Goddess Durga is the daughter of Sagacious ‘Kata’. The goddess was very courageous and on this day when Goddess Kartyayani was worshipped, the devotees would wear orange shaded colour.

Day 7: Goddess Kalratri otherwise known as Kali is considered to be the most powerful and one of the most worshipped forms of Durga Maa. Regarded as the fiercest of all personifications of Goddess Durga, her colour was dark and the idol used for worship speaks a lot about her power and fierce nature. The Goddess fought for peace and justice and hence is linked with the colour white. Hence, white is the colour that devotees wear on the seventh day. The Goddess is mounted on a donkey and is the destructor of darkness.

Day 8: The incarnation of Durga as Maha Gouri is the symbol of optimism, intelligence, and hope. The colour pink is what the devotees wear on this day. Maha Gouri rides a bull and her idol is depicted so.

Day 9: Goddess Siddhidarti has a motherly appearance and is believed to be the goddess of healing and bestows her disciples with happiness and positivity. On this day, the temple-goers wear blue shade dress.

The Navratri festival as the name suggests is the festival that spans nine days and is the true blend of the Indian culture, colours, festivity, religion, spirit, and celebration.

Have a happy and prosperous Navratri 2021 to all you wonderful people!