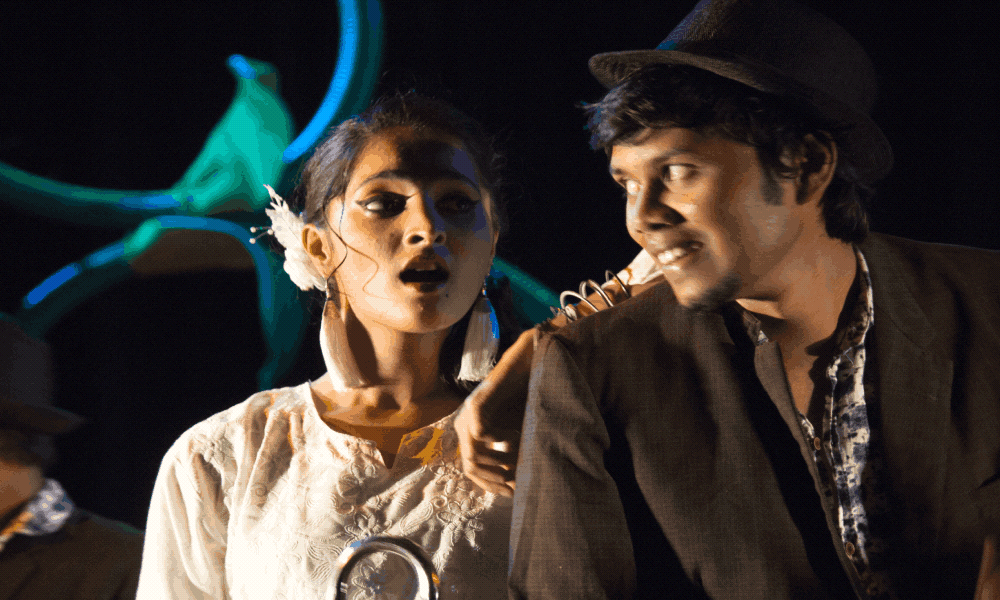 Rangavalli, Mysore's iconic play, 'Paarshwa Sangeetha' will be staged at Ranga Shankara. The play is a part of Ranga Shankara's 'Return to Theatre' campaign and is supported by the Goethe-Institut/ Max Mueller Bhavan.

'Paarshwa Sangeetha' narrates author Srinivasa Vaidya's association with timeless melodies of Hindi films. The play presents the way in which these songs are interwoven into our lives and their impact on us. 'Paarshwa Sangeetha' is a tribute to these classics, from the 1940s till date. It also pays tribute to legendary singers like Talat Mehmood, Sehgal, Rafi, and Lata Mangeshkar, whose songs have tugged at the heartstrings of many generations.

Mysore-based Rangavalli is an experimental theatre troupe formed under the guidance of eminent theatre personalities Prashanth Hiremath, Nandini K R, Krishnakumar Narnakaje, H K Dwarakanath, and K J Sachidanand. The troupe has many well-received plays to its credit and is known for its popular Kannada adaptations of well-known English plays.