Old Man and the Sea at Ranga Shankara 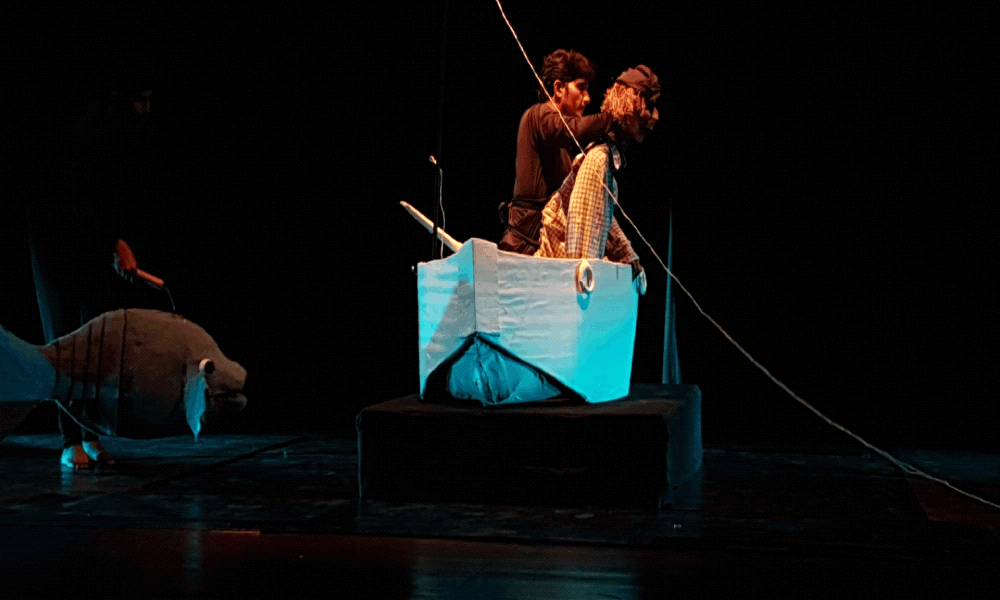 Join on theatre event named Old Man and the Sea at Ranga Shankara on 20th March 2021.

'Old Man and the Sea' is based on Ernest Hemingway's acclaimed novella of the same name. It is directed by Ranga Shankara's former artistic director S Surendranath and features puppeteers Arun D T and Gagan Kumar. The non-verbal puppet play tells the story of an epic struggle between an old and experienced fisherman and the greatest catch of his life. After many days of no catches, the fisherman finally baits a huge fish. However, the fish proves too strong for the fisherman and pulls him deeper into the sea. The story depicts the fisherman's struggle with the fish, sharks, and the vast sea to survive and get back home.

"We're extremely happy to mark this very important day with one of our most-loved children's plays. Theatre is for everyone, something Ranga Shankara very deeply believes in. There is something for everyone, especially young minds, to take away from the world of Theatre. 'Old Man and the Sea' introduces children to the classics. This is also a realistic story that emphasizes respecting nature, and such stories can create more meaningful experiences for young audiences", says Arundhati Nag.

The play is for children aged 6 and above.